About Interferential or Temporal Interference Stimulation

Interferential Stimulation (IF) is the simultaneous application of two (or more) sine waves, both at a high but slightly different frequencies via, two (or more) pairs of electrodes or two current sources. The summation of two high frequency (HF) sine waves of slightly different frequencies results in a waveform that is a HF carrier-wave (average of the two sine waves) modulated by a low frequency envelope oscillating at a "beat" frequency. This beat frequency is the difference of the frequencies of the two sinusoids (figure below). It is known that neurons due to their intrinsic low-pass filtering do not respond to high frequencies (i.e. >100Hz) and so IF depends on only the “beat” interaction leading to neuromodulation.

More generally, High-Frequency (HF) or High-Rate (HR) stimulation is the use of frequencies at 1 kHz or above. HF / HR approaches including IF /TI stimulation are among the most exciting in electrotherapy (including neuromodulation, brain stimulation, rehabilitation, and bio-electric medicine) because they may produce distinct effects on the body compared to the conventional (100 Hz and lower) stimulation frequencies.  Clinically, these differences can span unique therapeutic benefits as well as distinct side-effect benefits. Precisely because HF / HR interventions operate at frequency range well above conventional frequencies, it is also believed HF / HR stimulation engage unique cellular targets and mechanisms.

For several decades (usage reviewed in Pope et al, 1995 and more recently in Shah and Farrow, 2012), this summation "beat" principle has been used in non-invasive electrical stimulation in approaches called Interferential Therapy (IF) or more recently called Temporal Interference (TI) stimulation (Grossman et al, 2017). For a broad historical review ,see Guleyupoglu 2013. The use of IF/TI for medical stimulation dates to at least the 1970’s (Brown, 1975) but still earlier applications in Russia (erstwhile USSR) have been reported. Based on the MxN HD platform, the Soterix Medical Interferential Neuromodulation System is the first research / clinical grade stimulator, that provides customizable precise IF/TI stimulation. Moreover, the Interferential Neuromodulation System is fully comparable with Soterix Medical HD headgear and electrodes, making it the only certified "out-of-the-box" complete IF/TI stimulation system.

Despite tremendous promise, understanding and characterizing HF / HR stimulation remains an important question. Therefore, any research involving this technique critically depends on the use of stimulators that can reproduce HF / HR waveforms with precision. A the trusted technology leader in non-invasive electrical stimulation, Soterix Medical’s Interferential Neuromodulation System is the standard for rigorous IF/TI research and trials. 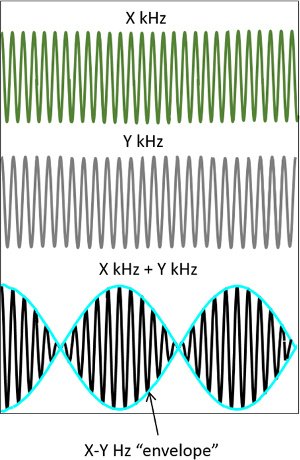 Based on the ground-breaking MXN platform, Soterix Medical introduces the first Interferential Stimulation (IFS) system specially developed for clinical (human) brain stimulation research. The system provides the necessary frequency resolution needed to faithfully re-create interferential or temporal interference in the desired brain target. Each internal current source can reliably drive relevant weak current intensities through head physiologic loads up to the desired kHz range and with minimal cross-talk. With simple to use (obvious) controls and clear and bright displays, the IFS system continues to reflect our commitment to provide solutions with high product usability. The IFS stimulator is the only device designed for consistent, controlled and precise current delivery in the HF/HR range. 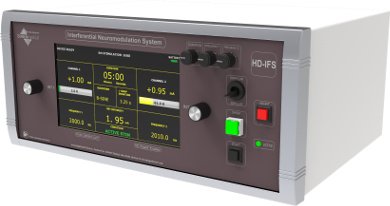 The HD electrode were first developed by Soterix Medical in 2009 allowing current steering across the head with arrays of small electrodes. HD stimulation has been since validated in over 30,000 sessions. When tolerability and control cannot be compromised, HD electrodes are the only choice for multi-channel transcranial electrical stimulation applications like IF/TI. 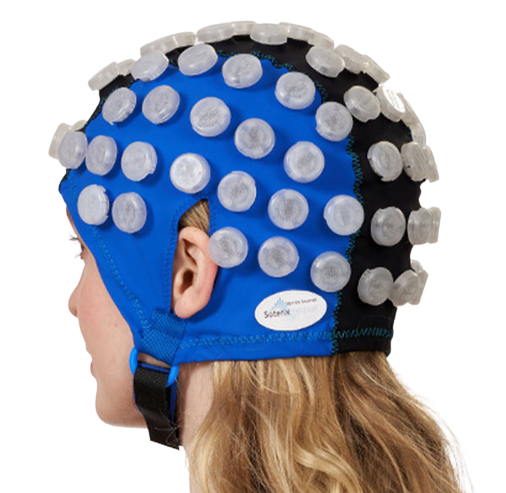 Where do you position the 2 current source pairs for IF/TI stimulation? Use Soterix Medical targeting software, to determine the best IF/TI configuration for any desired brain target. Either choose a brain target (a talairach label, labels from the human connectome project, or any voxel in the brain) or guided by EEG (using the reciprocity principle) to determine the optimal electrode configuration. 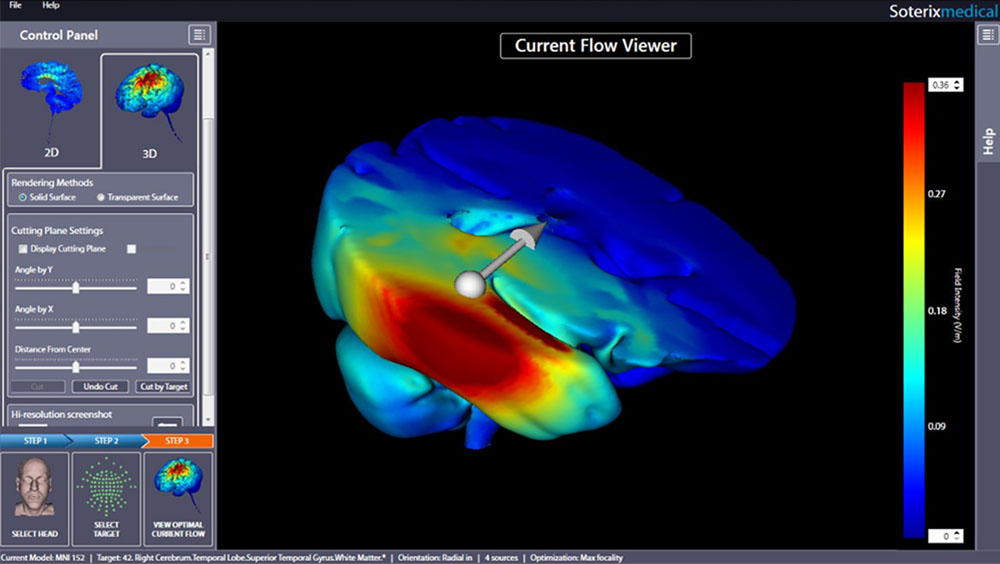