Soterix Medical is tackling depression with a drug-free approach. Navigated rTMS ensures that treatment pulses are precisely and reliably delivered to the intended target at all times. 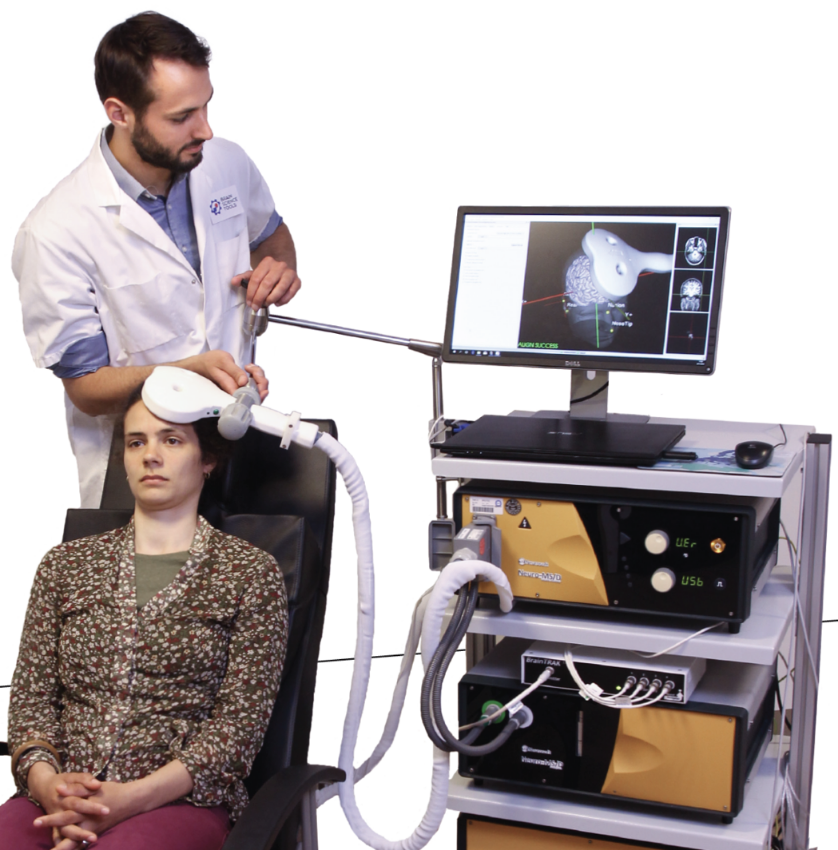 Conventional scalp-based approach such as the 5-cm rule does not incorporate individual anatomical information and is known to miss the LDLPFC by several mm. By using the patients’ MRI and automated LDLPFC determination, Navigated rTMS enables operator to deliver the TMS pulses easily and precisely at the intended target.

TMS was FDA approved for treatment-resistant depression in 2008 but remains partially effective (~40% response), in part, due to ineffective targeting of the left dorsolateral prefrontal cortex (LDLPFC). Since brain imaging methods were still relatively primitive back then, a scalp-based approach was used to identify the location of LDLPFC across individuals.

In this approach, the TMS coil is moved over the head until it elicits a twitch in the subject’s finger muscles indicating locating the hand area of the motor cortex. The TMS coil is then moved 5-cm anteriorly to approximate the region of the LDLPFC. However, over the years, it has become evident that the 5-cm distance is an underestimate, and the standard “one size fits all” does not take into account large differences in head size and variations in prefrontal anatomy relative to the motor cortex location across individuals. This is called the “non-navigated approach”.

Over recent years, MRI based navigation as used in Neural Navigator permit approaches in which an individual’s brain can be reconstructed and visualized in 3D and thereby allow holding the TMS coil at the intended target. Any subject or operator movement can be immediately compensated- as the brain target is always visible. The approach is similar to the one taken in brain surgery where taking into consideration image guidance (stereotaxy) is critical.

The Neural Navigator is the only FDA cleared Neuronavigation System for rTMS that is not affected by line-of-sight occlusion. The clearance was based on clinical evidence showing tracking and navigation system accuracy better than the predicate device. The Neural Navigator offers additional benefits such as highly intuitive software workflow, lightweight, and having the smallest footprint in its class that allows fitting the system into tight spaces.

The fully integrated solution from Soterix Medical combines Neural Navigator with CloudTMS which is FDA cleared for Depression treatment. This combined offering reflects the only system that is built to accommodate the latest advance in rTMS treatment for Depression.